In the just-concluded DEF CON 27 CTF hacking contest, after three days and two nights of “competition”, HITCON & BFKinesiS team from Taiwan defeated Team Tea deliverses and A0E from Tencent and won the runner-up. The core member of the HITCON team is also a software engineers at Second State. HITCON have been participating in the DEF CON CTF for five years.

Founded in 1993, DEF CON is known as the jewel of the crown among all games, the holy grail for hackers. It is the world's top security conference attracting many hackers every year.

DEF CON CTF has a long history, and the four top teams in the finals of DEF CON CTF changes once and again. For geeks who are familiar with DEF CON CTF, these four teams are no newbies.

In 2014, HITCON took part in Baidu's BCTF as the starting point, and for the first time experienced DEF CON, and took this opportunity to test out the team's approaches and ideas. “If there is no warm-up in this game and you go blindly to the DEF CON CTF you will be tentative and unprepared.” The HITCON team said in the blog.

HITCON was also the first team to score, taking the first blood, among all teams, and it was the only team to get team PPP ‘s score.

In 2014, the PPP team was the team that won the championship. This star team consisting of Carnegie Mellon students frequents among the DEF CON CTF finals many times. It cannot be underestimated how good they are.

In 2010, the PPP team first became shortlisted in the DEF CON CTF final. Although it did not score the highest at first, the PPP team gradually stood out in the following games and won the championship many times. 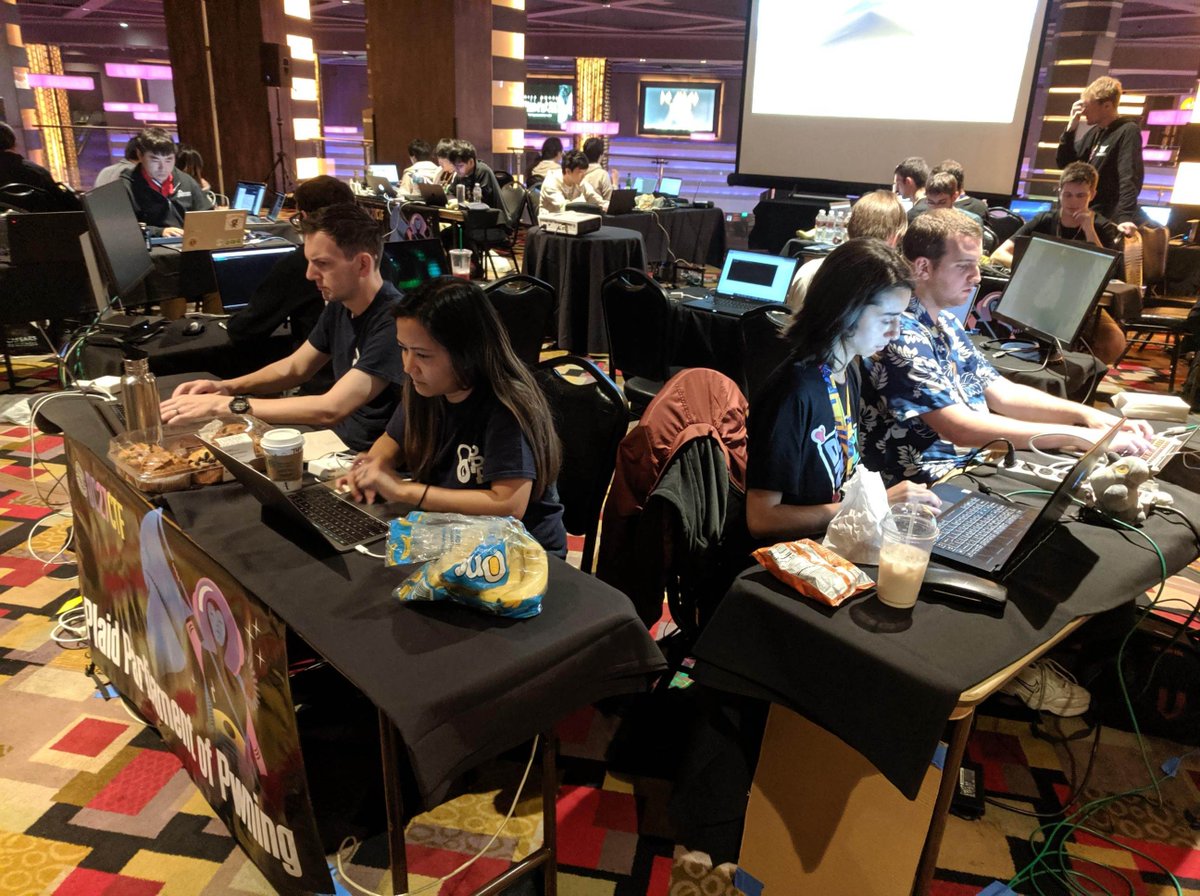 Tea deliverses team's MaskRay concluded in the post-game blog that the PPP team has superb skills, with diversified attacking and defense strategies, strong research and development capabilities, complete tools, seamless teamwork, clear division of labor, full preparation, and eagerness to win. It’s no surprise that they have enough experience to get the first place.

In 2013, CNBC reporters tracked and interviewed the PPP team during the DEF CON CTF competition to record how tough PPP fared. One of the details is impressive. At the end of the first day of the game, the PPP team scored 5,545 points, left the runner-up far behind. But Ryan Goulden believes that this is not enough to rest on the achievement or a reason to lay down. They want to tackle two problems left. It is very important to continue to take the lead far ahead.

With a clear grasp and a thought-out plan, it is not surprising that the PPP team can win the first prize for many years.

Tea deliverses and Tencent A0E team ranking 3rd and 4th may be a bit new. But you will see they are not rookie if checking the team background of the Blue-lotus and the 0opswho have ranked well in the DEF CON CTF.

In 2017, the core members of the original blue-lotus team reorganized into the Tea deliverses team and won the fourth place. On the other hand, the 0ops team, together with the Tencent eee team, Fudan University ****** team and Zhejiang University AAA team together formed Tencent A0E team to DEF CON, winning the second place. Since 2017, the Team of the Tea deliverses team and the A0E team have gradually stabilized.

DEFCON CTF is not just a game

DEF CON CTF, developing to the today, has become a symbol for the highest-level game among hackers. If you want to look for the most exceptional and intelligent security experts, come to DEF CON CTF and you won't be disappointed.

Yet for the participating teams, DEF CON is not just a game. Zach Wade of the PPP team believes that DEF CON is a simulation of various attacks and defenses that are needed for the real world. It also brings together the security community to work together to make the world a safer place. DEF CON games allow white hat hackers to exchange ideas to make the world safer.

Cybersecurity is placed with prominent significance affecting people’s lives. Security incidents like phone numbers and emails leaks are popping up one after another. Therefore the teams’ techiques and strategy applied should be valued.

HITCON team member Orange agrees and said when summarized the lesson drew from the game. Many people thought skills are just skills and there is nothing much to it. But even with skills you need some knack to used them well to excel. 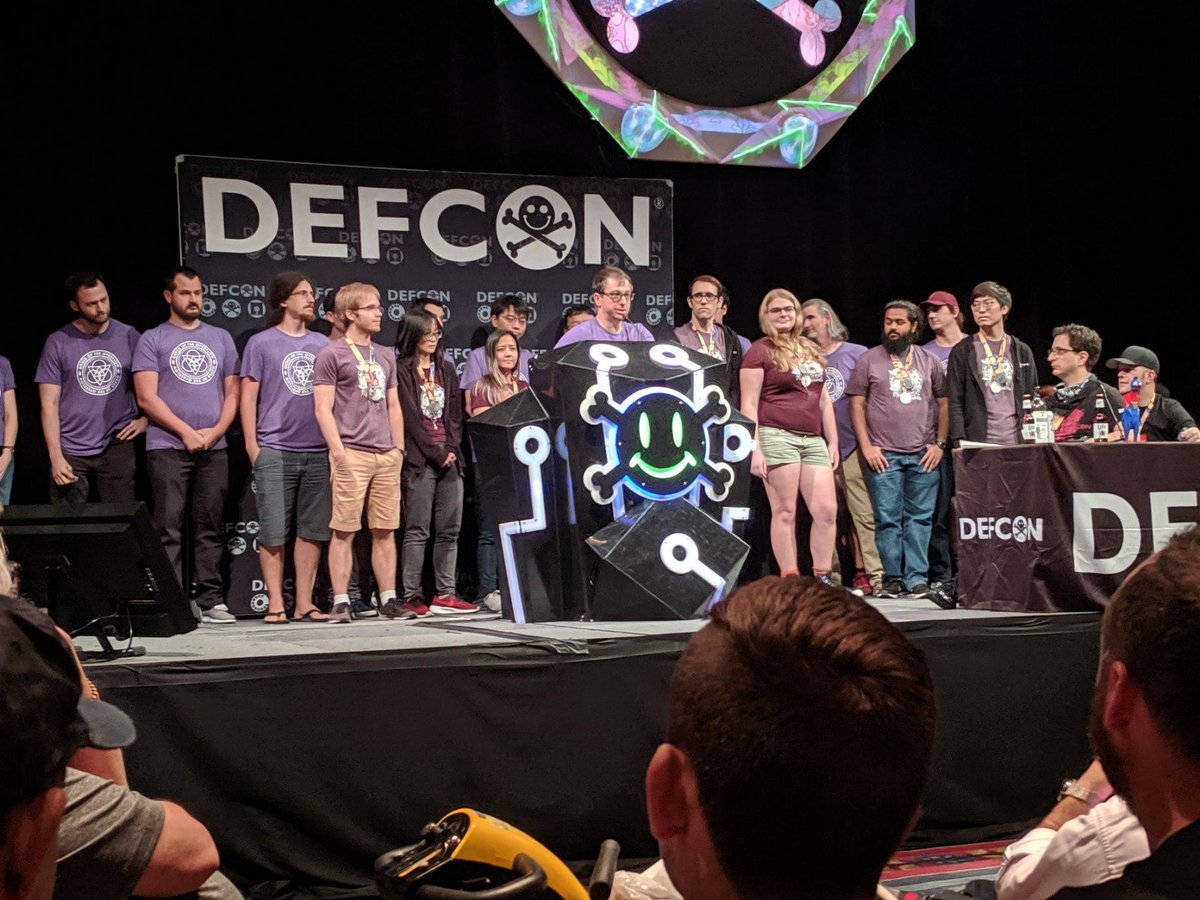 Right now the CTF game is popular across the world, which serves as a platform for hackers to fight against attacks and maintain cybersecurity in reality. It contributed greatly to the nurturing of professional CyberSecurity talents.