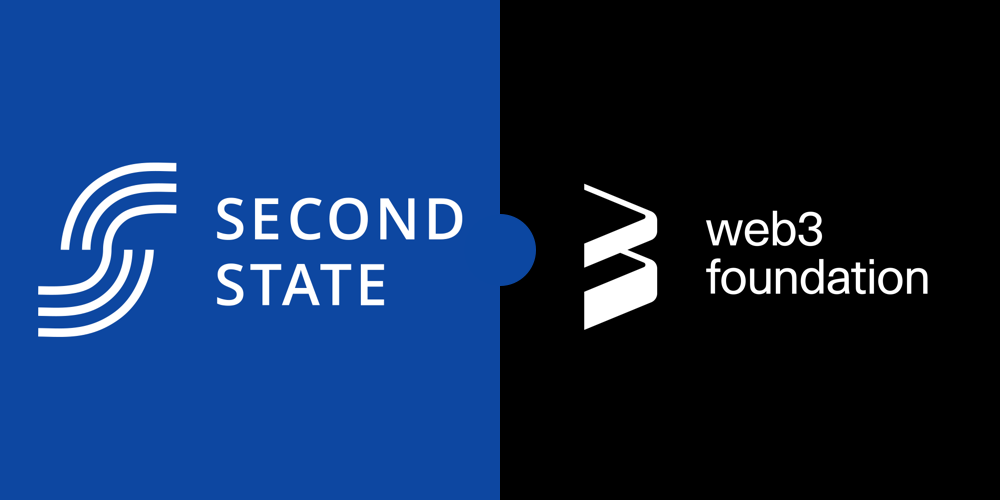 Through the Web3 Foundation grant, Second State will create extensions to its high-performance WebAssembly virtual machine, the Second State VM (SSVM). Those extensions would allow the SSVM to function as a blockchain virtual machine in accordance with the Ewasm specification. It will develop the necessary software to bootstrap and load SSVM as a Substrate module. The SSVM-Ewasm Substrate module will allow developers to create blockchains that can deploy and execute Ethereum smart contracts in the Polkadot ecosystem.

Second State is a recognized leader in virtual machine software. The Second State VM (SSVM) is a general-purpose and highly extensible virtual machine optimized for server-side and cloud applications. It is compliant to the WebAssembly specification and provides a safe and high-performance runtime engine for native code and user-submitted code in cloud environments. For example, through collaboration with Qualcomm, the SSVM can natively access Qualcomm CPU’s built-in AI inference hardware; the SSVM can also be accessed from application frameworks such as the NodeJS. The extensibility makes the SSVM a great choice for Ewasm.

In addition to the runtime, Second State also creates the complete developer toolchain and host environments around the virtual machine. Its SOLL compiler project is the leading LLVM toolchain for the Solidity and YUL languages, and it was recognized by awards from the Ethereum Foundation and the Panvala DAO. The BUIDL IDE is a leading developer tool for creating smart contracts that run on blockchains or in the cloud.

If you are a developer, get started with Ethereum smart contracts today! Through the BUIDL IDE, there is no need to download or install any software.

You can learn more about WebAssembly and how it helps your server-side application via our tutorial guides.

You can contribute to the SSVM, SOLL, and BUIDL projects through Github.

Second State focuses on building and commercializing infrastructure software for cloud computing and blockchain. It develops a full stack of developer tools and runtime technologies based on the WebAssembly standard. It is a leading developer for the next-gen Ethereum flavored WebAssembly (Ewasm) and toolchain for public and enterprise blockchains. Based in Austin, Texas, Second State has development offices in Taipei, Beijing, and Australia. It has received funding support from the Ethereum Foundation, Web3 Foundation, CyberMiles Foundation, ETC Labs, Panvala DAO, Qualcomm, as well as investments from leading angels and VCs including a recent $3M seed round led by SIG Ventures.

Web3 Foundation’s mission is “nurturing and stewarding cutting-edge technologies and applications in the fields of cryptographically-powered decentralized software protocols.” Its ultimate goal is delivering Web 3.0, a decentralized and fair internet where users control their own data and markets prosper from network efficiency and security.

Polkadot will enable a completely decentralized web where users are in control. Polkadot is built to connect private and consortium chains, public and permissionless networks, oracles, and future technologies that are yet to be created. Polkadot facilitates an internet where independent blockchains can exchange information and transactions in a trustless way via the Polkadot relay chain. Polkadot makes it easier than ever to create and connect decentralized applications, services, and institutions. By empowering innovators to build better solutions, we seek to free society from its reliance on a broken web where its large institutions can’t violate our trust.