This news is also seen on PRweb.com

SAN FRANCISCO (Sept. 24, 2019) —Second State, developer of an open source, blockchain-based smart contract platform for global business, has announced the launch of its BUIDL IDE, an integrated development environment software application for Ethereum Classic (ETC), the preeminent blockchain for smart contracts and “dapps.” With Second State’s BUIDL IDE, development and deployment on ETC can be done within minutes, from any web browser: secondstate.io/etc 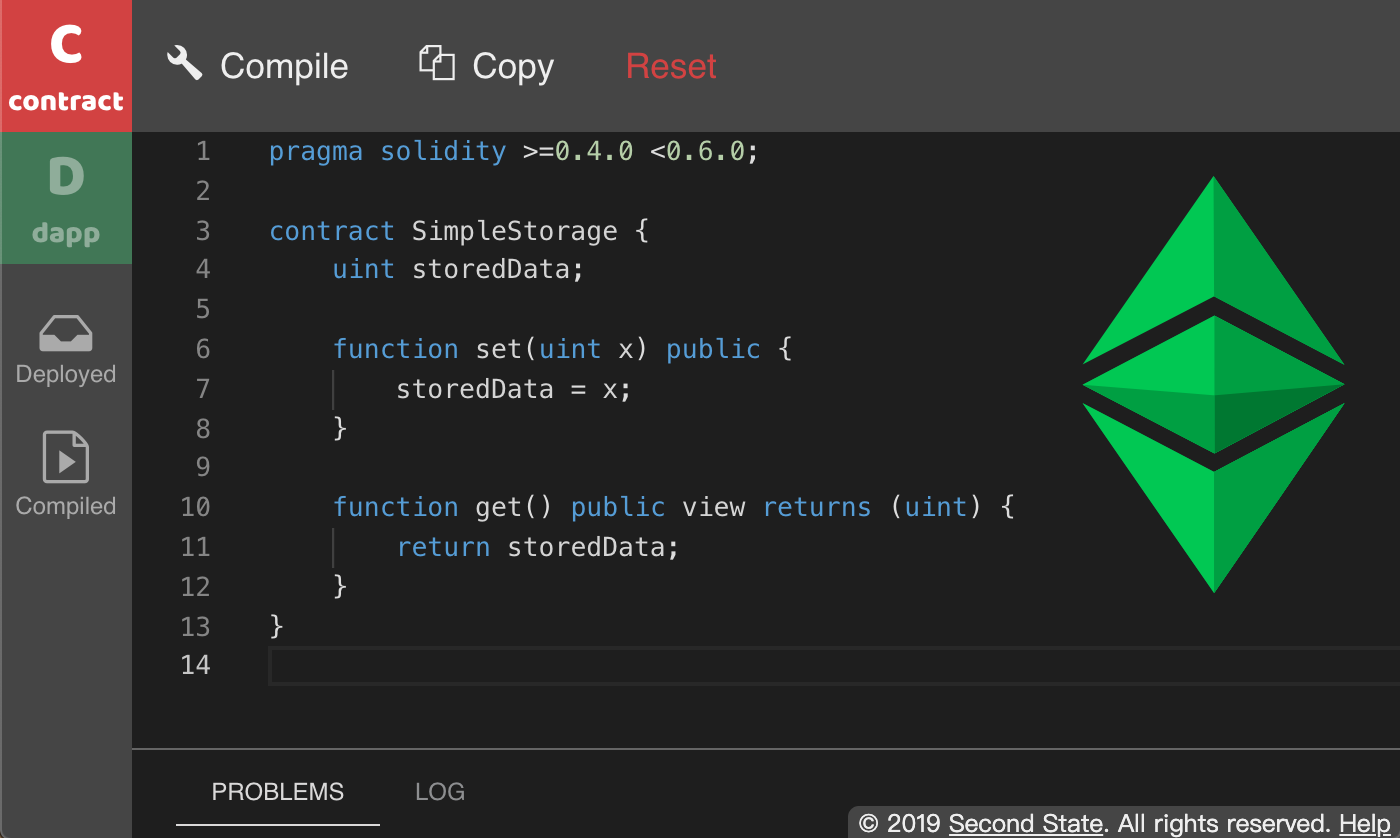 Ethereum, the world’s first and dominant smart contract platform, has the largest dapp ecosystem with more than a million deployed smart contracts and hundreds of millions of dollars in monthly transactions. However, compared with web and mobile app development, it is still very difficult for developers to get started with dapp development. Developers and users must be familiar with cryptocurrency, crypto wallet, blockchain nodes, RPC services, web3, a variety of tools, specialized programming languages, frameworks, and services. All of this has hampered dapp adoption greatly.

In addition, the Ethereum blockchain is operating most recently near its capacity. This means that not only is the gas price required for developers and users to operate smart contracts 10 times its value compared to earlier in the year, but now it also takes hours for a smart contract transaction to get confirmed on the network.

The State of Ethereum Classic

“Ethereum Classic is not just the original Ethereum blockchain,” Elizabeth Kukka, Executive Director of Ethereum Classic Labs, said. “It also is the most dapp-friendly Ethereum blockchain with its very low gas fees, store-of-value native cryptocurrency, and fast confirmation times. We look forward to collaborating with Second State to further empower our developer communities.”

The Future with BUIDL IDE

Prior to BUIDL, developers would have to endure many steps in order to deploy a dapp on a public blockchain. Time consuming, this could take four to eight hours to complete the entire setup. Developers should install Chrome browser and Metamask, and set up the accounts, the network and blockchain nodes. (For a tutorial on how to create a wallet-free, cryptocurrency-free and wait-free dapp on BUIDL, visit secondstate.io/buidl/why.)

“I am delighted to see Second State launch BUIDL for ETC,” Bob Summerwill, Executive Director of the ETC Cooperative, said. “There has been a developer need for such a tool since the death of the much beloved Ethereum Studio many years ago. It is marvelous to see Second State launching BUIDL for ETC to fill this need, and to help provide an easier onramp for developers to develop on ETC.”

Second State focuses on building and commercializing open-source blockchain infrastructure software. It develops a full stack of developer tools and runtime technologies for smart contract platforms, including the BUIDL IDE. Based in Austin, Texas, Second State has development offices in China (Beijing and Taipei) and Australia. A member of the ETC Labs incubator program, it recently closed a $3 million funding round led by Susquehanna International Group.